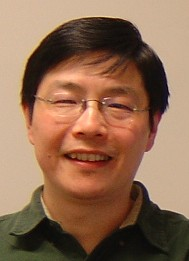 Zhongfei (Mark) Zhang is a professor at Computer Science Department, Binghamton University, State University of New York (SUNY), USA. He received a B.S. in Electronics Engineering (with Honors), an M.S. in Information Sciences, both from Zhejiang University, China, and a PhD in Computer Science from the University of Massachusetts at Amherst, USA. He was on the faculty of Computer Science and Engineering at SUNY Buffalo, before he joined the faculty of Computer Science at SUNY Binghamton. He is the author or co-author of the very first monograph on multimedia data mining and the very first monograph on relational data clustering. He holds more than thirty inventions, has served as members of organization committees of several premier international conferences in his areas, and as editorial board members for several international journals. He served as a French CNRS Chair Professor of Computer Science at the University of Lille 1 in France, a JSPS Fellow in Chuo University, Japan, a QiuShi Chair Professor in Zhejiang University, China, as well as several visiting professorships from many universities in the world when he was on leave from Binghamton University years ago. He received many honors including SUNY Chancellors Award for Scholarship and Creative Activities, and SUNY Chancellors Promising Inventor Award. He is an IEEE Fellow. 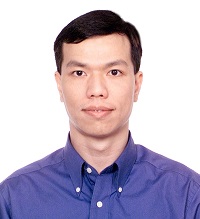 Prof. Kwok is a Professor in the Department of Computer Science and Engineering, Hong Kong University of Science and Technology. He received his B.Sc. degree in Electrical and Electronic Engineering from the University of Hong Kong and his PhD degree in computer science from the Hong Kong University of Science and Technology. Prof. Kwok served/is serving as an Associate Editor for the IEEE Transactions on Neural Networks and Learning Systems, Neural Networks, Neurocomputing, Artificial Intelligence Journal, International Journal of Data Science and Analytics, Editorial Board Member of Machine Learning, Governing Board Member and Vice President for Publications of the Asia Pacific Neural Network Society. He also served/is serving as Senior Area Chairs / Area Chairs of major machine learning / AI conferences including NeurIPS, ICML, ICLR, IJCAI, AAAI and ECML. He is recognized as the Most Influential Scholar Award Honorable Mention for "outstanding and vibrant contributions to the field of AAAI/IJCAI between 2009 and 2019". He is an IEEE Fellow.

Prof. You is currently a professor in the Department of Computing at the Hong Kong Polytechnic University. Prof. You obtained her BEng. in Electronic Engineering from Xi’an Jiaotong University in 1986 and Ph.D in Computer Science from La Trobe University, Australia in 1992. She was a lecturer at the University of South Australia and senior lecturer (tenured) at Griffith University from 1993 till 2002. Prof. You was awarded French Foreign Ministry International Postdoctoral Fellowship in 1993 and worked on the project on real-time object recognition and tracking at Universite Paris XI. She also obtained the Academic Certificate issued by French Education Ministry in 1994.

Prof. You has worked extensively in the fields of image processing, medical imaging, computer-aided detection/diagnosis and pattern recognition. So far, she has more than 200 research papers published with over 3000 non-self citations. Prof. You is a principal investigator for two projects supported by Hong Kong Government ITF (Innovation Technology Fund) in 1999 and 2014 respectively, four projects funded by Hong Kong Government GRF (General Research Grant) during 1997-1999 and 2015, and many other grants in the capacity of co-investigator since she joined PolyU in late 1998. Prof. You is also a team member for three successful patents (one HK patent, two US patents) and three awards including Hong Kong Government Industrial Awards. Her recent work on retinal imaging has won a Special Prize and Gold Medal with Jury’s Commendation at the 39th International Exhibition of Inventions of Geneva (April 2011) and the second place in an international competition (SPIE Medical Imaging’2009 Retinopathy Online Challenge (ROC’2009)). Her research output on retinal imaging has been successfully led to technology transfer with clinical applications. Prof. You is also an associate editor of Pattern Recognition and other journals.